Skip to content
VRS Law continues to provide full services in light of COVID-19 in order to assist both existing and new clients in the area of real estate, wills & estate and criminal defence by adopting a remote setup. Call us at 519-224-3082 for your legal inquiries. 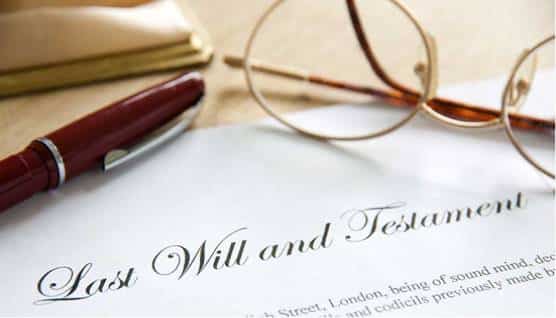 Estate Law and Taxation on Death: Considerations for an Estate Trustee

Estate Law and Taxation on Death

Disclaimer: The post below and all material on this website is intended to be general information only and is not to be relied on as legal advice. Please contact a wills & estate lawyer for information and advice about your particular situation.

In administering an estate, the estate trustee is responsible for ensuring the deceased’s tax filings are in order. This means looking into tax returns that are due prior to death, the year of death and possibly, returns for the estate that may continue after death. Missed or late filings may very well result in penalties and interest. Here are some basics of what may need to be considered. One should consult with the estate accountant to confirm their specific deadlines and ensure they are not missed.

The income included in this return would consist of employment income, income from investments, pension income and others. If the deceased had rental income, this would also be included along with an inclusion of capital gains if losses.

There are many other items that require an accountant’s input when it comes to tax filings for the estate and the final T1 return for the deceased. Some are discussed here.

RRSPs: a deceased may have contributed to RRSPs and the value of those contributions and earnings are generally to be included as income in the return filed on death. That being said, certain provisions in the Income Tax Act allow for the plan to be subject to a rollover treatment where the beneficiary of the RRSP is a surviving spouse or a child or grandchild that is financially dependent on the deceased. Generally, a child or grandchild would be considered dependent if they suffer from a permanent disability or are under the age of majority.

A very important point to note is that if the beneficiary is not a surviving spouse or a child or grandchild as described above, the institution would pay out the amount to that beneficiary. However, the liability of the associated tax remains with the estate. This is often an unintended consequence and should be carefully planned.

CHARITABLE DONATIONS: In the event, the deceased made charitable donations in the year he or she passed away, there may be tax credits that could be applied to reduce the tax payable. If the donations are substantial or if the net income of the deceased is quite low, it may be possible that after applying these credits (100 percent of which can be applied against net income) there may not be any income remaining. Note that in such a situation, there may be loss carryback provisions in the tax legislation that can be utilized so that tax in the previous year is reduced. There are a number of rules regarding charitable donations and when they must be made which also need to be explored in order to take advantage of the tax treatment.

It is also possible that your accountant may file a return known as a rights and things return which may capture items related to income that is considered to be earned but had not yet been received at the time of death. Some items such as vacation pay and dividends may be filed herein. This return presents several options and generally has to be filed within a year of the date of death.

The above serves to simply touch on the point that up to date tax filings are a critical component of the estate administration process and should be handled carefully. We serve as estate lawyers in Kitchener, Waterloo and beyond and help estate trustees understand the process and work with other advisors such as accountants to ensure that the administration is carried out successfully.